Parks Canada has begun or completed 15 conservation and restoration projects in 2015. In a complex partnership with the Rouge Park farming community, 1st Nations, community and conservation groups Parks Canada worked 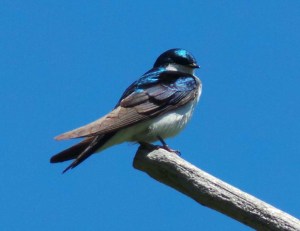 to enhance the aquatic and land habitat, involving in part the 4 tributaries to Little Rouge Creek, restoring wetlands where they previously existed. Seven areas are being re-naturalized with native trees and shrubs with plantings having been done by up to 400 school students planting 3000 trees and shrubs.

Some of this 2015 activity will more than than double the area of wetlands and streamside habitats.

Twenty-one baby Blanding turtles raised by the Toronto Zoo have been transplanted to a park pond; this is in addition to previous Blanding stockings in 2014.

The Park Blanding population may have been as low as 6 single individuals prior to the re-stockings.